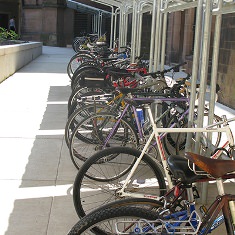 Two other events are coinciding with the GoNHGo month, both on Friday, September 18th. Park(ing) Day is a worldwide event which aims to repurpose parking spaces – literally turning the spaces into parks. The event encourages people to reimagine urban landscapes and to think about how repurposing parking spaces could invigorate cities.